Celebrating Over 67 Years of Excellence.

The Carrollton Trojan Marching Band is one of the oldest and most successful bands in the State of Georgia. Organized in 1948 under the direction of Mr. John Dilliard, the band has an unprecedented record of thirty-seven consecutive years of Superior Ratings. In addition to performing for our fans at Grisham Stadium, the Trojan Band upholds a long tradition of appearances in regional, national and international events.

Dr. Ernest McClendon took the band to the next level during his tenure from 1954 to 1968. Mr. Don Hall served from 1968 until 1998 and again from 2007 to 2008. During this time, the band grew in size and performed in parades and events both at home and across the nation. Mr. Robert Carter continued the tradition of award-winning shows from 1998 until 2007 including performances in London, England and Normandy, France. Dr. Andrea Strauss served as director from 2008-2009. Mr. Michael Cater came to Carrollton High School in 2009 as the sixth band director in school history. Mr. Christopher Carr is our current band director and has been serving as such since 2014. 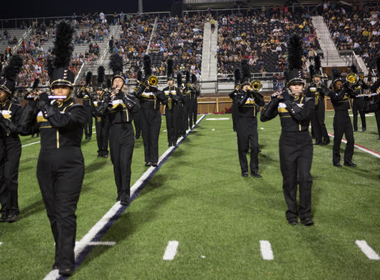